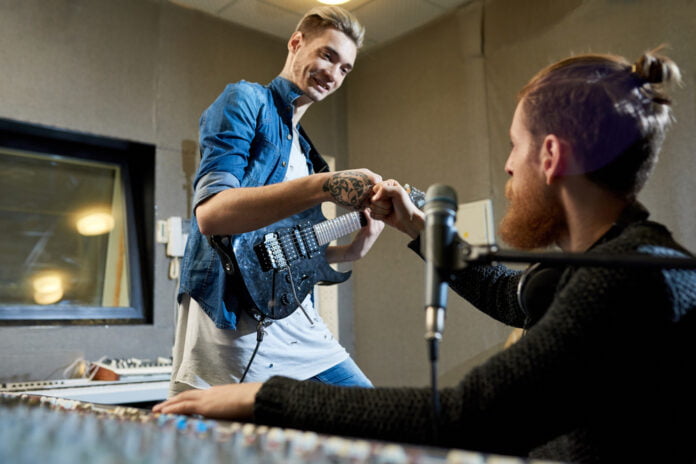 I ran across a page on the Supreme Tracks website recently, a page that encouraged clients to record their music professionally using an online service. The page aggressively pitched studio musicians and the fact that Supreme Tracks has access to some of the best in the business.

That got me thinking about my own recording projects from the past. I have worked with a lot of musicians who have insisted on recording all their own tracks. They wanted nothing to do with studio musicians because they mistakenly believed that musicians who make a living one session at a time only do so because they are not talented enough to become rock stars.

I discovered through my own experience how foolish such thinking was. There are a lot of extremely talented session musicians out there. A lot. They prefer to work in the studio environment for any number of reasons. But they by no means lack talent or skill.

Here are three reasons studio musicians should not be discounted:

For some reason, it never occurs to wannabe rock and pop stars that music is all studio musicians do. It is their job, and they do it eight hours per day, five days per week. That being the case, they are extremely proficient at what they do. It is hard to beat that kind of experience.

Think about your own job. The mere fact that you do it every day means you’ve gotten very good at it. Someone coming in off the street couldn’t perform nearly as well without putting in the time. Musicians are no different.

Unlike big-name performers who spend as much time traveling and promoting as they do actually playing, studio musicians spend almost all their time ‘at the office’ playing their instruments and perfecting their techniques.

2. They Have History Behind Them

Whether you call them session or studio musicians, their profession is not new. Session musicians have been around since the earliest days of recorded music. They are the engine that drives studio recording. They have history on their side, which means something.

Some of the most accomplished studio musicians have made a real impact on the music industry. Take Chet Atkins. He began his career as a studio musician, playing guitar behind some of the industry’s most recognized country stars. He eventually became a songwriter and producer whose work influenced everyone from Dolly Parton to Elvis Presley and Waylon Jennings.

History has proven that session musicians make the difference between uninspiring records and chart-topping hits. A skilled studio musician can do for a music project what a skilled cinematographer can do for a film.

3. Most of Them Specialize

Though there are some all-purpose studio musicians out there, most of them tend to specialize in one or two genres. If you don’t know how important that is, just ask any music producer.

If you are producing a blues piece, you want a guitarist who specializes in the blues. The chances of finding a heavy metal guitarist capable of doing justice to the blues are pretty slim. Likewise, jazz is a very difficult genre to master. So if you want the best drummer for a jazz project, you look for a specialist. Your drummer of choice is almost certainly a studio musician who services are in high demand.

I used to think that session musicians were stuck in the studio because they didn’t have enough talent to do anything else. I was proved wrong. They are all highly skilled musicians who deserve recognition for the work they do. They should not be discounted.

The Internet is a fantastic tool for expanding your customer base, but pest control professionals like you need to focus on the...
Read more
General

If you've ever wanted to work from home doing website design, this info graphic by our friends at GDI will help you...
Read more
General

Why You Should Work to Make Employee’s Work Easier

As a business owner, it is important that you give due consideration to every important element within your business, which is why...
Read more

Indications That You Should Hire an SEO Expert

SEO can be a tricky business, and all the more so for at first seeming quite simple. Engaging with SEO is easy...
Read more

What is the Best Way to Launch a New Product?

If your company is about to launch a new product, you will want to make sure that as many people as possible...
Read more

The internet is great, right? We can do so much online that it is hard to imagine life without the internet. But...
Read more

The Internet is a fantastic tool for expanding your customer base, but pest control professionals like you need to focus on the...
Read more
Load more