Darinfotech
Home Technology How Do You Test a Gunshot Detection Sensor? With Another Sensor…
Technology

How Do You Test a Gunshot Detection Sensor? With Another Sensor… 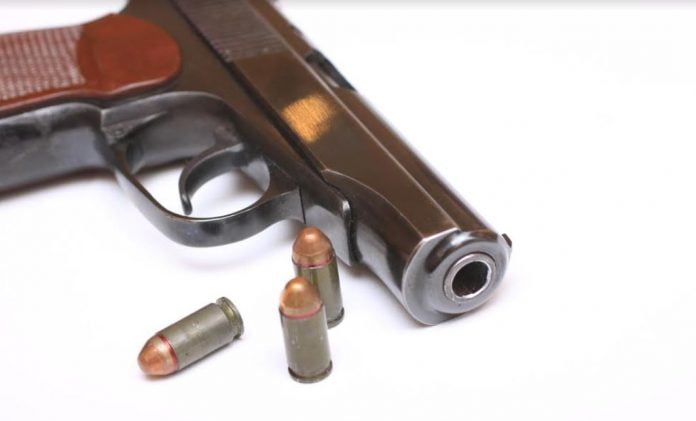 Gunshot detection systems are now fairly commonplace in American cities. The systems are able to detect the sound of gunshots and report such sounds to law enforcement, usually with fairly good accuracy. Law enforcement can tell, within feet, where a gunshot originated from. In some cases, the sensors can even narrow down the type of gun fired. But how do you test such sensors?

Once deployed, the only real way to effectively test gunshot detection sensors is to either simulate gunshots or fire actual guns within the general vicinity. Neither option is all that attractive to law enforcement. Both real and simulated gunshot sounds can terrify neighborhoods.

Now there appears to be another way to test. According to Campus Safety magazine, a company known as Shooter Detection Systems has filed a patent for a new device capable of testing gunshot sensors. The new device is a sensor itself. In effect, the company is using one sensor to test another. How cool is that?

To understand how the new testing sensor works, it is helpful to know how gunshot detection works. California’s Rock West Solutions explains that gunshot detection systems are designed around acoustic and infrared sensors that continually monitor for audio disturbances. The sensors are tied to sophisticated computer software capable of analyzing sounds based on wavelength signatures.

Because different sounds create different signatures, it is possible to analyze acoustic signals to both separate out unwanted data and differentiate between multiple sounds to determine what caused them. Thus, a good gunshot detection system can monitor a full range of sounds but still distinguish gunfire from everything else.

Modern systems connect gunshot sensors to computer networks so that they can be monitored in a central location. When gunfire is detected, personnel at the monitoring station know exactly which sensor was activated. Signal processing software can also tell them from where the gunshot was fired. Police officers can be dispatched and routed to the area using the data provided.

How the Testing Device Works

Moving on to the newly developed testing device, it does a couple of things. First, it emits a variety of tones and infrared pulses designed to trigger the sensor being tested. Note the device does not actually simulate the sound of gunfire. Furthermore, the device has been designed with soundproofing so as to not alarm local residents.

The second thing the tester does is measure the response of the device being tested. The results of any given test are immediately sent to the tester via text message. Such real-time notification immediately alerts the technician if adjustments or maintenance is required.

In addition, the testing device is small enough to be held in the technician’s hand. It can also be mounted on a pole for reaching gunshot detection sensors mounted too high to be reached from the ground.

The new gunshot detection tester is the latest in a series of innovative sensors being designed for law enforcement. As sensor technology has become better, it has improved law enforcement capabilities. Some sensors are used to prevent crime by anticipating when and where it might happen. Other sensors are deployed to help law enforcement respond more quickly to crimes in progress. Still other sensors aid police investigations after the fact.

A domain name appraisal analyzes a domain's market value, known as its worth or sale price. It evaluates the potential value of...
Read more
Technology

Security is a significant concern for businesses and organizations today. And with the exponential growth of internet usage, companies must do more...
Read more
Technology