What You Should Know About The Mugshot “Ban” 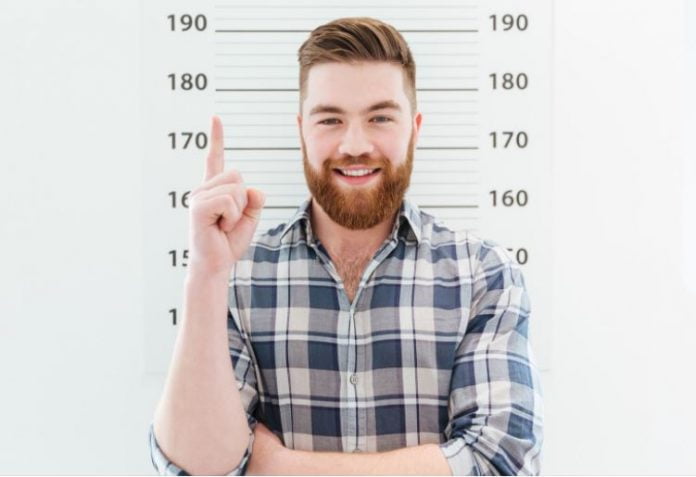 Browsing through mugshots of people you don’t even know has long been a socially acceptable guilty pleasure.

Anybody can view mug shots online. You don’t even have to go online to learn how to find mugshots. Some newspapers, like the Times of Wayne County in Macedon, New York, have published mugshots of every person arrested by the county for the last 30 years.

In 2019, the State of New York passed a new mugshot ban to protect people who have been arrested but who are later found to be not guilty of the crimes of which they were accused.

So, how has New York’s mugshot ban affected the publication of mugshots from the Wayne County Sheriff’s Department in the Times of Wayne County?

“Not one bit,” the Wayne County Sheriff says.

Since the passage of the state law banning the release of mugshots, not only has the Wayne County Sheriff’s Department continued to release mugshots, they have started using an app that makes them easier to distribute digitally.

And the sheriffs in neighboring Livingston and Ontario counties claim a commitment to transparency in announcing their policies to release mugshots on request from the media.

An attorney for the New York State Sheriffs’ Association published an opinion that the new law allows sheriffs to deny families, attorneys, and civil rights organizations copies of mugshots under freedom of information laws when they are trying to help defendants, but also permits sheriffs to distribute them to the media as a standard operating procedure.

Instead of protection, the mugshot “ban” in New York has actually made the situation worse for some defendants. But what could really go wrong?

Consider the story of Robert Julian-Borchak Williams of Farmington Hills, Michigan. When he got a call at his place of work that he needed to come into the police station to be arrested, he thought it was a prank. He drove home after work, and two police cars pulled up in the driveway behind him.

Williams was shown a piece of paper with the words “Felony Warrant” on it and told nothing else before two officers handcuffed him on his front lawn in front of his wife and two young daughters. His wife asked where he was being taken, and an officer told her “Google it.”

The police held Williams overnight in jail. About noon the next day he was taken into an interrogation room. On a table were three pieces of paper, face down.

The officers eventually told Williams that five watches, valued at $3,800 had been stolen from an upscale store in his neighborhood, and facial recognition software had identified him as the thief.

The interrogation team had a photo of the thief. Williams held it up to his face. “Does this look anything like me?” he asked.

“No,” the detectives admitted.

“Then can I go home?” Williams asked. “Unfortunately, no,” one detective answered. “I guess the computer got it wrong,” the other detective commented.

Williams was not released for another 10 hours, and then only after posting a $1,000 bond. He had missed his first day from work in four years on his job, and the next day was his 42nd birthday. After the episode, his five-year-old daughter would “lock him jail” to keep him from leaving the house.

Williams sought a defense attorney, who wanted a $7,000 retainer to take the case. He eventually persuaded the ACLU to take his case. Taking a day off work for a hearing in criminal court, the judge dismissed the charges against him, “without prejudice,” meaning he could be arrested again if another computer identified the mug shot as his.

Or consider the case of Tremayne Nez, son of a well-known Baptist pastor in the Navajo nation, just married, and just about to start a new job.

Nez was arrested in Flagstaff, Arizona, when a policeman matched him to a mugshot of another Native American man wanted for selling LSD.

Nez’s photo was immediately published in the newspaper. Nez was held in jail for 30 hours before the police realized the person they were seeking to arrest was a member of another tribe. The next Sunday his father’s church was empty. And Nez’s new job disappeared.

“In tribal communities, trust is pretty much all you have,” Nez said. It will be a long time before trust in the Nez family is restored.

Arizona is currently considering” a mugshot law to prevent situations like Nez’s. Fourteen states have taken action on distribution of mugshots.

The law isn’t on your side. You need the help of professionals for mugshot removal online. Call us at 844-641-8163 or contact us for a free estimate of the cost of getting your mugshots off the Internet. Restoring your reputation can be just a few days away.

A domain name appraisal analyzes a domain's market value, known as its worth or sale price. It evaluates the potential value of...
Read more
Technology

Security is a significant concern for businesses and organizations today. And with the exponential growth of internet usage, companies must do more...
Read more
Technology