Why Does Beer Have to Be Fermented Twice? 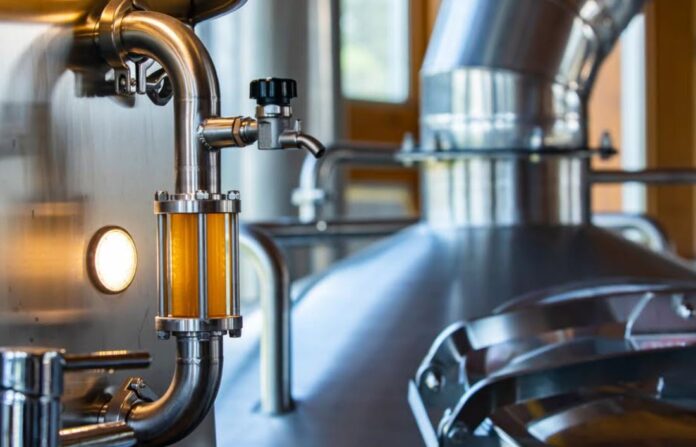 Homebrew forums are a great source of information if you are trying to figure out how to make your own beer. They are packed with a lot of great questions and equally great answers. One of the more common questions is this: why does beer have to be fermented twice? This post will answer that question.

Before getting into the differences between primary and secondary fermentation, it is important to establish just what fermentation is. From a scientific standpoint, fermentation is any metabolic process capable of producing chemical changes within an organic substance by way of enzyme action.

A simple way to understand fermentation in beer and wine making is to discuss it in terms of yeast and glucose. When you add yeast to wort or mulch, it immediately begins interacting with the sugars it encounters. It converts the sugars into alcohol. That is pretty much it in a nutshell. Alcohol fermentation is the process of converting glucose into ethanol and oxygen.

What is primary fermentation?

The reaction between yeast and sugars occurs quickly and aggressively. In the primary fermentation stage, about 80% of the alcohol is produced. Wort foams up as the yeast quickly digests the sugars and convert them to alcohol and oxygen. Depending on the type of brew being made, primary fermentation can take anywhere from four days to two weeks.

During this time, the yeast multiplies at a fairly rapid rate. At some point though, reproduction peaks. The yeast then start to die off because there isn’t enough food (sugar) to sustain all of it. The dead yeast sinks to the bottom of the fermentation tank and becomes part of the sediment.

What is secondary fermentation?

By now you might be wondering why a brew master doesn’t simply let primary fermentation go until it’s complete. The answer lies in the sediment. Allowing fermentation to run its full course without separating it from the sediment would both ruin the taste and make it more difficult to condition the beer.

Facebook
Twitter
Pinterest
WhatsApp
Previous articleAV technology for a modern meeting room
Next articleCryptocurrency Use By Major International Businesses – Are We Seeing An Increase In Businesses Investing And Trading In Crypto And What Does It Mean For Businesses?

Everything You Need To Know About A Catalytic Gas Heater

Heat generation is essential in the workplace both for warming employees and in a variety of production processes. The key, when applying...
Read more
Technology

What is Blockchain Technology and How Does It Work?

Blockchain technology is a distributed ledger system that allows for secure, transparent, and tamper-proof record-keeping. It is the underlying technology behind cryptocurrencies...
Read more
Technology

What Are the Different Types of Equipment Management Software?

When it comes to heavy equipment maintenance software, there are a few different types that you can choose from. The software will...
Read more

How to Have an Eco-Friendly Wedding

The issue of sustainability is of high importance to many people. These are individuals that try to incorporate it into every aspect...
Read more

The Best Ways To Use Dried Flowers For Your Wedding

When you are planning your wedding, every detail needs to be perfect. From the place to the food to the attire, there...
Read more

Everything You Need To Know About A Catalytic Gas Heater

Heat generation is essential in the workplace both for warming employees and in a variety of production processes. The key, when applying...
Read more

What is Blockchain Technology and How Does It Work?

Blockchain technology is a distributed ledger system that allows for secure, transparent, and tamper-proof record-keeping. It is the underlying technology behind cryptocurrencies...
Read more
Load more